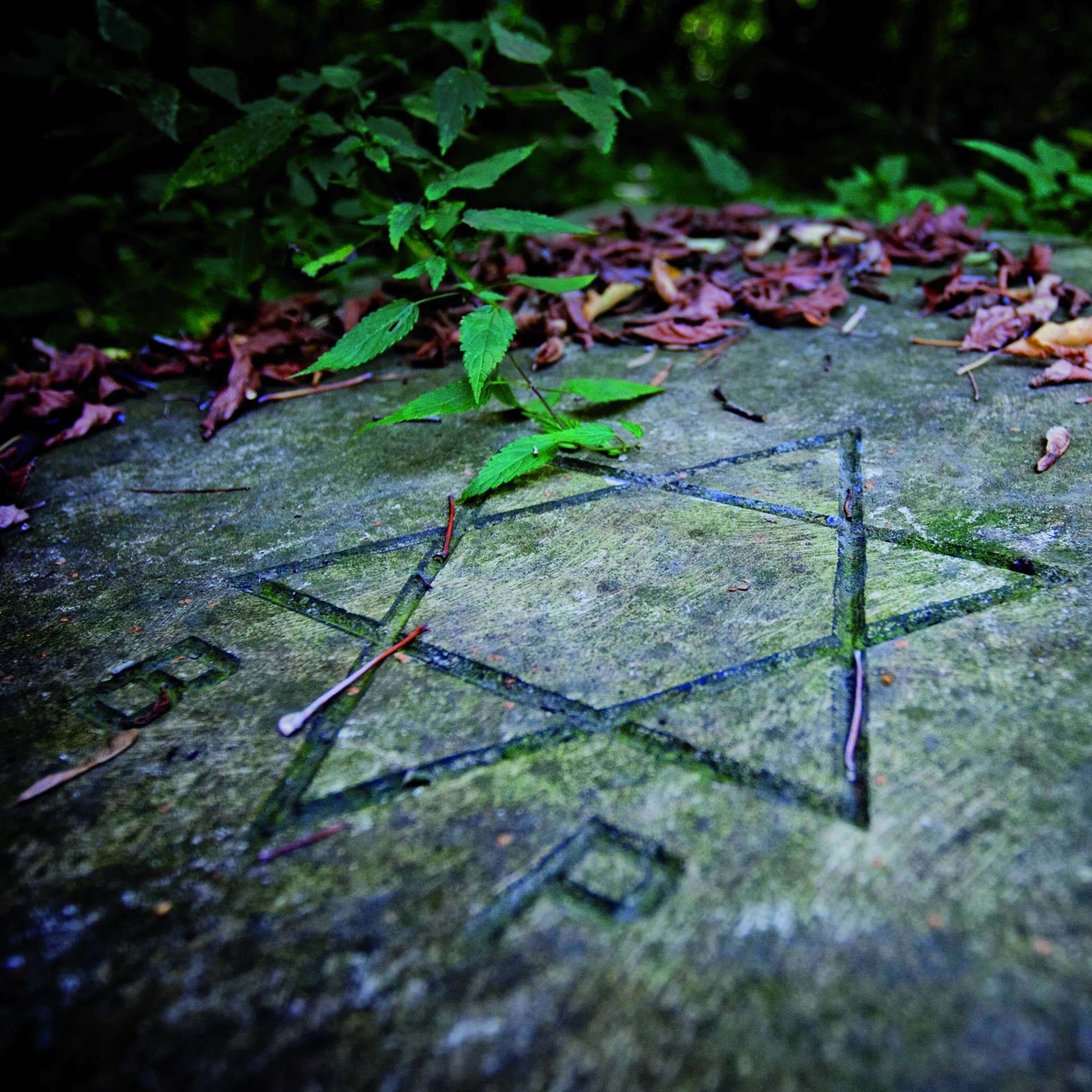 The Jews of Częstochowa have been a part of our world for centuries. They were born here, lived here, worked and celebrated. By identifying themselves with their hometown, they acted in its favour, making a considerable contribution to the development of economy, education and culture. They participated in historical events important for the city and frequently manifested their attachment to their roots, in accordance with local patriotism. For years, their faithfulness to religion and traditions did not affect their coexistence with their neighbours of other denominations in in the ecumenical community of Częstochowa, one of the world’s most famous centres of Marian devotion.

Today there are only traces left of their former activity in the city. They are a reminder of the days when the Jewish commmunity was most active, but also of the most painful historical events of the 20th century. Apart from the museum collections, the historical tenements, the commemorations of the activity of Jewish institutions and the Jewish citizens who contributed to the local community and beyond, there are Jewish graves and memorial plaques dedicated to the victims of genocide. All these testimonies documenting the fate of the Jews of Częstochowa are remarkable sources of knowledge about the history of the Jews and the history of the city. It is worth to go on a journey in the footsteps of the Jews of Częstochowa, to get to know about them and their past.

The permanent exhibition “The Jews of Częstochowa” shows the bygone, multicultural Częstochowa through the photographs, documents and posters.

The photographs collected at the exhibition were largely sent by families of former Częstochowa citizens of Jewish origin. Among the exhibits are also copies of original legal acts from the 19th century, defining the legal rules

under which the Jewish community in the city was functioning during the Partitions, as well as posters from the interwar period to the Nazi occupation, and the three-dimensional model of the now nonexistent New Synagogue, destroyed by Germans during the war.

It was founded by the Jewish community in the early 19th century. This is the fourth largest necropolis of its kind in Poland, with almost 5,000 matzevot and tombs. The oldest surviving gravestone dates back to the beginning of the 19th century. There are still traces of original polychromies on some of the gravestones. The local ohel of the Pinkus Mendel Justman, who died in 1920, is visited every year by the Hasidim from all over the world. During the World War II, the area of the cemetery was the place of execution of Częstochowa Jews – their remains were buried in collective graves. During this time the necropolis was severely damaged. Many matzevot and headstones were torn down and used as raw materials for construction work at the behest of the occupying authorities. After the war, the Jewish District Committee rebuilt the demolished wall, gravestones for people murdered by Germans were also funded. In 1986, the cemetery was entered into the register of monuments.

Grave of the Jewish Intelligentsia

Mass grave of 127 people murdered by Germans on March 20, 1943. They were mostly Jewish doctors, engineers, lawyers and teachers with their families.

War grave of 6 Jewish partisans killed in a fight for freedom on March 19, 1943.

The mass grave of about 500 Jewish workers from Hasag forced labor camp and police magazines on ulica Garibaldiego, as well as several dozens of Jewish policemen with their families. They were murdered on July 20, 1943 in the Jewish cemetery. A monument was erected over the grave.

Monument of the ŻOB fighters

On January 4, 1943, at Rynek Warszawski, in front of the small ghetto gates, Mendel Fiszlewicz and Icchak Fajner, members of the Częstochowa Jewish Combat Organization (ŻOB) from the “66” group attacked two Germans commanding the police operation. As a result, two Jewish fighters were killed on the spot, and 25 other Jews were executed by Germans as retaliation. After the war their remains were exhumed and transferred to the cemetery, and a monument was erected over the grave. It also commemorates other fallen members of the ŻOB in Częstochowa.

War grave of the members of the Jewish Combat Organization killed on June 26, 1943 in the bunker in the Częstochowa ghetto.

Grave of the soldiers killed in the Ost-Bahn campaign

A collective war grave of Jewish fighters killed during the attack on the German military train on April 22, 1943, and Jewish railway workers murdered on that day by Germans as an act of revenge.

Tomb of Nachum Ash, the last rabbi of Częstochowa, who died on May 13, 1936. His ministry in Częstochowa as the main rabbi of the city lasted for over 40 years. He was such a respected moral and religious authority that after his death none of the clergy was willing to take over from him, and insted served as “acting rabbi”.

The symbolic grave of Jakub Rozenberg, the last president of the Jewish community in Częstochowa. On the day of the first deportation, on September 22, 1942, he was brutally beaten by Germans and thrown on a train going to the Treblinka death camp.

The building of the Częstochowa Philharmonic was erected in the 1960s, thanks to the generosity of the local community, upon the site of the New Synagogue burnt down by Germans. By the main entrance there is a commemorative plaque dedicated to Bronislaw Huberman, a Częstochowa citizen of Jewish descent, world-renowned virtuoso and a great humanist.

A group of Jewish children was hiding in the attic of this building. In this place, the Nazis captured 6 partisans. Among the arrested was Jerzy Rozenblat – the brother of Zygmunt Rolat.

The Jewish Orphanage was located at ulica Krótka 17 in the 1920s.

The headquarters occupied 6 rooms and a kitchen, including an administrative office, a secretary of the board’s office, a debate chamber, a civil registry office and a chairman’s office.

Erected in 1909-1913 by the Charity Society for Jews “Dobroczynność” on the property handed over free of charge by the city authorities. Opened on November 6, 1913. Currently a municipal hospital. On the side of the building there is a commemorative plaque.

Founded in 1917. It was first located on ulica Jasna (today ulica Waszyngtona), later for many years on ulica Dąbrowskiego 3a. Brothers Henry and Józef Markusfeld, Abram Sojka, Moses Mokrauer, Leon Kopiński and Sandstein played a prominent role in the Society.

Commemorates the victims of “Bloody Monday” – Poles and Jews executed on September 4, 1939 in Częstochowa by Wermacht soldiers.

A private school of painter and graphic artist Perec Willenberg, opened in 1916.

In 1905, a ritual bath was established at the initiative of Rabbi Nachum Ash. This large, modern building was founded by the Jewish community and equipped with the latest sanitary facilities.

Commemorates the Jewish workers of the Hassag forced labore camp ammunitionfactory, employed here since the liquidation of the Częstochowa ghetto. From June 1943 to January 1945 there was a labor camp at the factory. During the last month it was ran by the SS as a branch of Auschwitz concentration camp.

Established in 1898 by brothers Henryk and Józef Markusfeld, who funded the construction of school building as a commemoration of their deceased parents.

The school provided a quality education for carpenters, locksmiths and mechanics. Non-Jewish students were also being accepted.

Warehouses of confiscated Jewish furniture and repair shops employing Jewish craftsmen. Its workers, led by Macheł Biencwajg, managed to hide and save lives of hundreds of people.

Nachum Ash (1858-1936) was the longest serving rabbi in the history of the city and the most prominent Jewish cleric valued for talmudic erudition. He was considered the greatest expert in ritual slaughter issues.

The permanent exhibition “The Jews of Częstochowa” shows the bygone, multicultural Częstochowa through the photographs, documents and posters. The photographs collected at the exhibition were largely sent by families of former Częstochowa citizens of Jewish origin. Among the exhibits are also copies of original legal acts from the 19th century, defining the legal rules under which the Jewish community in the city was functioning during the Partitions, as well as posters from the interwar period to the Nazi occupation, and the three-dimensional model of the now nonexistent New Synagogue, destroyed by Germans during the war.

The plaque, unveiled in September 1964, commemorates about 2,000 Jews from the Częstochowa ghetto executed by Germans between September 22nd and December 15th, 1942 and buried in two mass graves.

A private school ran by the Jewish School Organization in Częstochowa. The teaching language was Yiddish. During the Occupation, the building served as a Jewish isolation hospital.

On September 22, 1942, during the liquidation of the Częstochowa ghetto and the dispatch of his inhabitants to the Treblinka death camp, Hersz Frajman hid 27 members of his family in the basement of this building. He remained outside to supply them with food. After 23 days he led them to a newly created small ghetto, so most of them survived the Holocaust (Shoah).

A plaque dedicated to the memory of the Jews of Czestochowa, murdered by Germans, and commemorating the heroes of the Jewish Combat Organization killed in fight with the German occupier between 1939-1945.

A plaque dedicated to the memory of the Jews working as slaves during World War II in a German ammunition factory on Krakowska Street - the „Hasag-Warta” labor camp.

The idea to build the New Synagogue was conceived in the 1890s among the Jewish community seeking to assimilate with Polish culture and society. Spadek and ulica Aleksandrowska (now Wilsona). The building was erected on a rectangular plan, in neoclassical style. The vestibule was covered by a dome. The façade featured a portico with four columns supporting a triangular tympanum with a Hebrew inscription: “Open the gates that the righteous nation may enter, the nation that keeps faith”. The portico was topped by Ten Commandments plates and the Star of David.

At the synagogue a cantors’ school was established, whose graduates became famous in many European countries and the United States, as well as the Judaic Institute, which aimed at educating the youth. In September 1939 the Germans robbed the New Synagogue of valuables, and on December 25 they set fire to the building. The burned-out walls survived until the mid-1950s, when the construction of the city philharmonic began.

THE SHADOW OF THE GHETTO

As a result of the anti-Semitic policy of the Nazis, the Jewish community of Częstochowa was separated from the rest of the city. On April 9, 1941, a “Jewish neighbourhood” was established by the decision of the German district governor, Richard Wendler, the brother-in-law of Heinrich Himmler.

The Częstochowa ghetto was the fourth largest in Poland after Warsaw, Cracow and Łódź. However, it was not enclosed by a wall. There were Jewish police stations on the roads leading out of the ghetto. After the liquidation of the ghetto and deportation of 40 thousand Jews to the Treblinka death camp, the Germans established a forced labor camp for the survivors, a so-called “small ghetto” in which over 5,000 people were imprisoned. As early as June 25, 1943, the Germans began the liquidation of the camp. Those who were able to work were placed in the Pelcery factory and in the Raków steel mill, where ammunition factories of the Hasag forced labor camp were located. Other people, mainly elderly people, women and children, were executed in the Jewish cemetery. 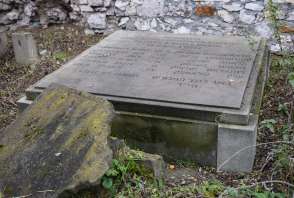 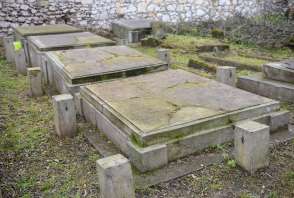 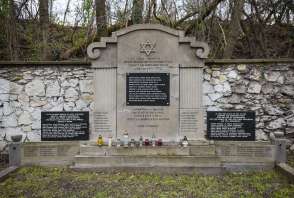 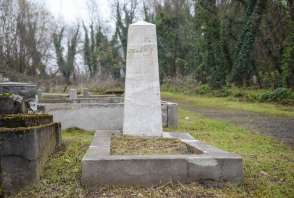 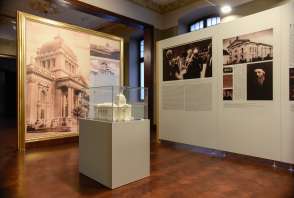 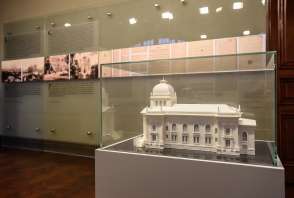 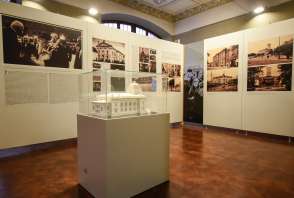 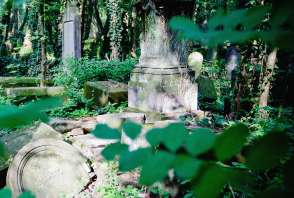 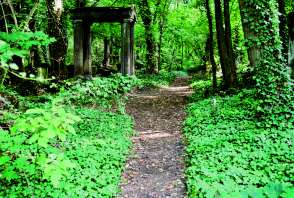 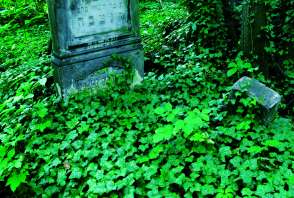 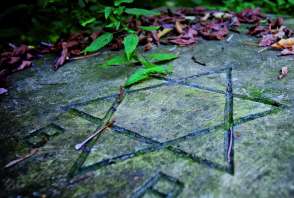 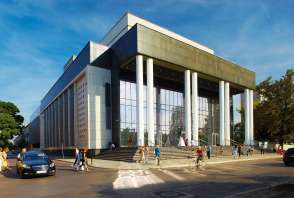 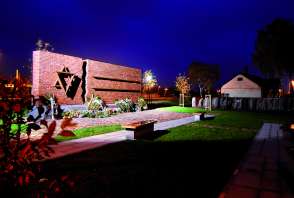 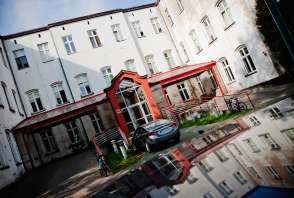 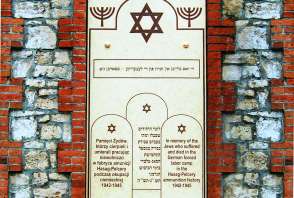 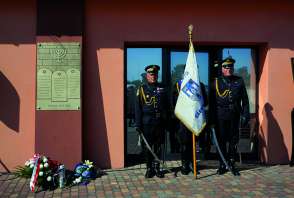 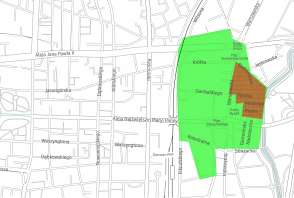 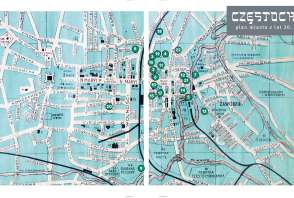 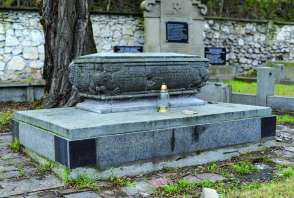 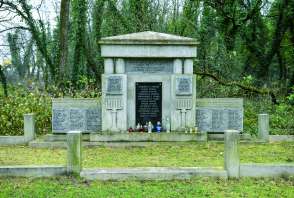 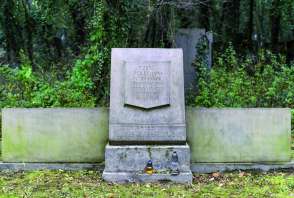 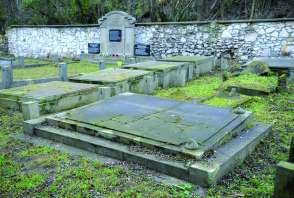 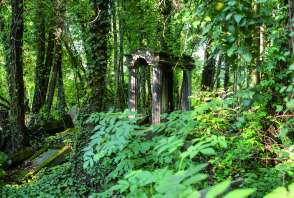 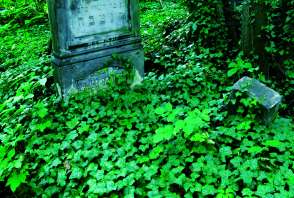